The new project, Friendship Bracelets, will be available to anyone who owns a piece on the Ethereum-powered Art Blocks platform within a specific time snapshot. Those eligible will be able to claim two mints. Then, if owners choose, the NFTs can be sold on the secondary market.

Calderon partnered with artist Alexis André (a.k.a. MacTuitui) to envision how strands of a childhood bracelet could be interconnected to represent digital artwork in the form of a physical object with meaning, but no inherent value. Illustrated instructions to create an IRL bracelet matching the holder’s NFT will accompany each mint. 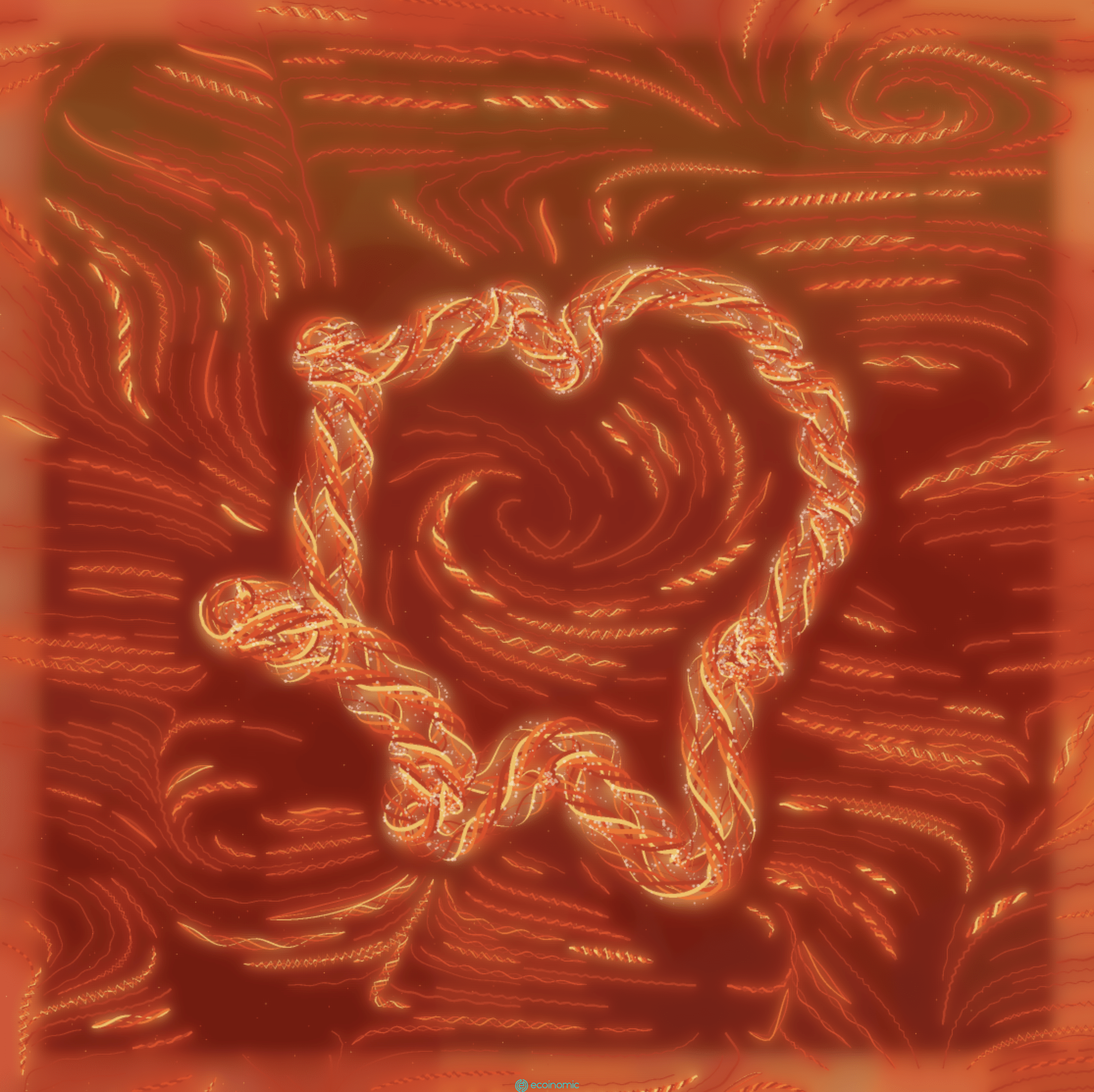 Art Blocks says the drop, which is claimable from today, is meant to be seen as a token of appreciation to the creators, makers, builders and collectors who have contributed to the platform. It will be free — save for a transaction fee. The platform recommends those that receive the two NFTs give one away.

The company said that in the future it may release additional modified iterations of the project on a Layer 2 scaling solution, a move which may substantially increase the total supply of tokens related to the project, with the “intent of being a more accessible entry point to a larger audience.”

Airdrops such as this one are fairly standard fare among NFT collections and are a way of building community loyalty to a project. The creators of Bored Ape Yacht Club orchestrated something similar in the past, crediting Ape holders with NFT dog companions — the so-called Bored Ape Kennel Club — for free. The floor price for these canines on the secondary market was just under 6 ETH, or about $8,300, at the time of writing.

Amid a wider market rout, Chromie Squiggle NFT prices have held up relatively well in dollar terms. Prices peaked around mid-October last year, according to data from Dune Analytics. The squiggly lines garnered mainstream attention when a limited run of 10 was commissioned for sale by Sotheby’s auction house at the end of last year. 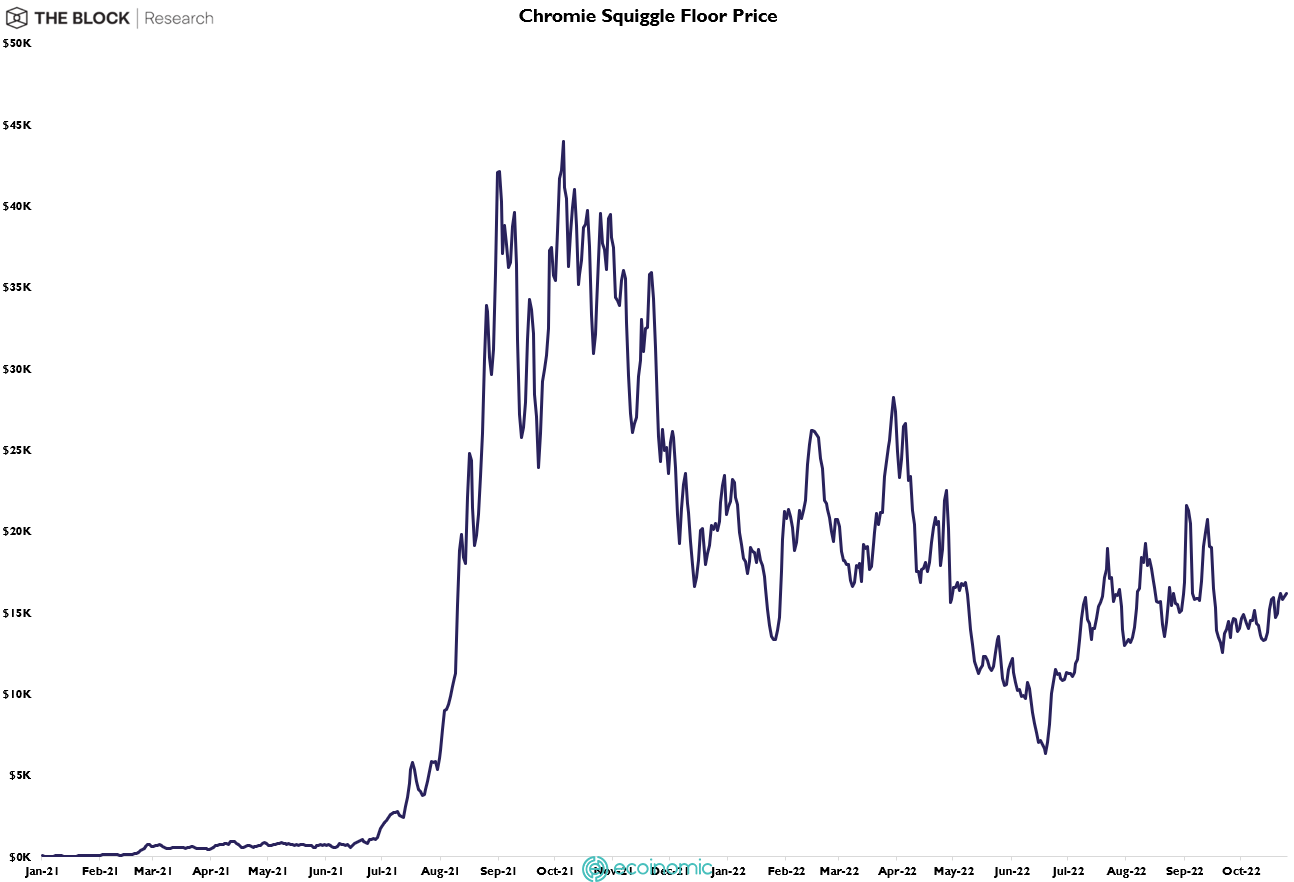