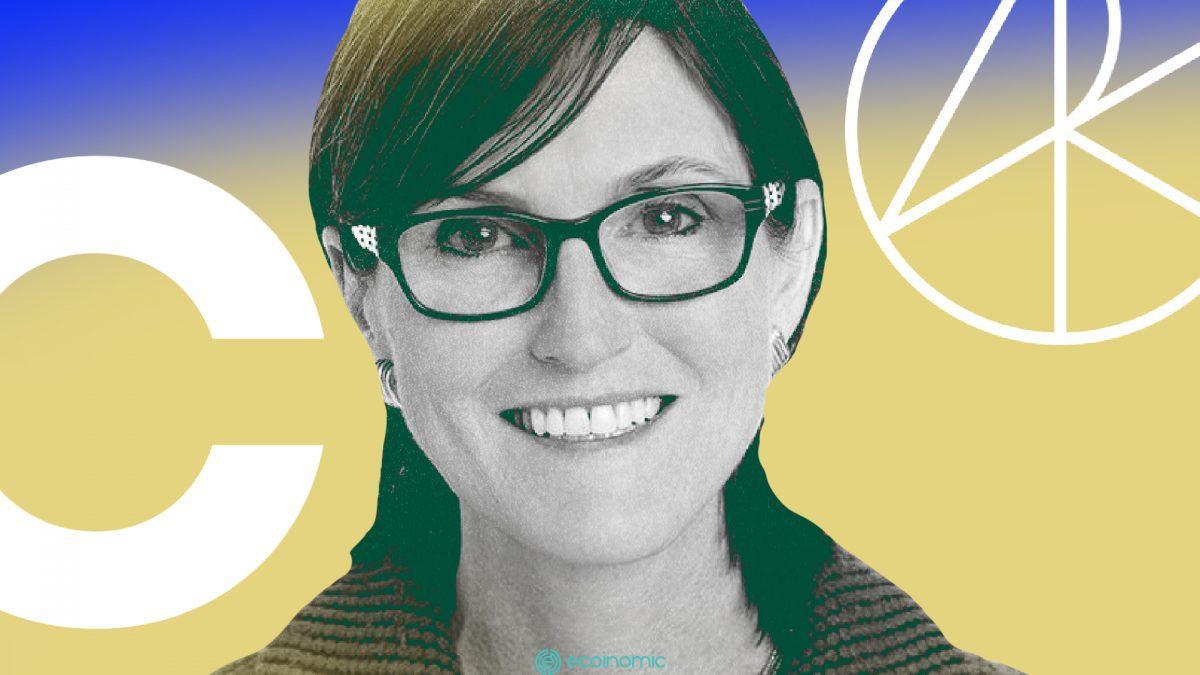 Cathie Wood is sitting on over $7 million worth of bitcoin after buying the cryptocurrency when it was trading at just $250, the Ark Invest founder revealed in a podcast interview.

Wood bought $100,000 worth of bitcoin on the advice of Reagan-era economist Arthur Laffer, she told Peter McCormack on the What Bitcoin Did podcast last week. Wood made the investment after asking Laffer — who taught her at the University of Southern California — to look into bitcoin.

“I’ve been looking for this ever since we went off the gold standard,” Laffer told her, before saying bitcoin was a rules-based monetary system. Wood said she asked the economist how big bitcoin could be, to which he responded with a question: “How big is the U.S. monetary base?”

Bitcoin’s Market Cap was around $6 billion at the time, and the U.S. monetary base — the total sum of dollars in circulation as well as reserve balances — was $4.5 trillion.

Ark Invest rose to prominence in the 2020 stock market boom as its bets on unprofitable tech companies paid off handsomely and attracted a swell of funds to its exchange-traded funds. ETFs are limited to investing in securities, which meant Wood’s fund couldn’t invest in bitcoin at the time. However, Ark did begin to explore investing in bitcoin through products like the Grayscale Bitcoin Trust and eventually added it to several funds.

Arthur Laffer first rose to prominence in the 1970s when he came up with a tax theory dubbed the Laffer Curve. This said that somewhere between 0% and 100% tax rate there is maximum tax revenue.

He famously wrote his theory on a napkin during a dinner in Washington, DC, with journalist Jude Wanniski and politicians Dick Cheney and Donald Rumsfeld. It was later donated to the National Museum of American History by Wanniski’s wife Patricia. 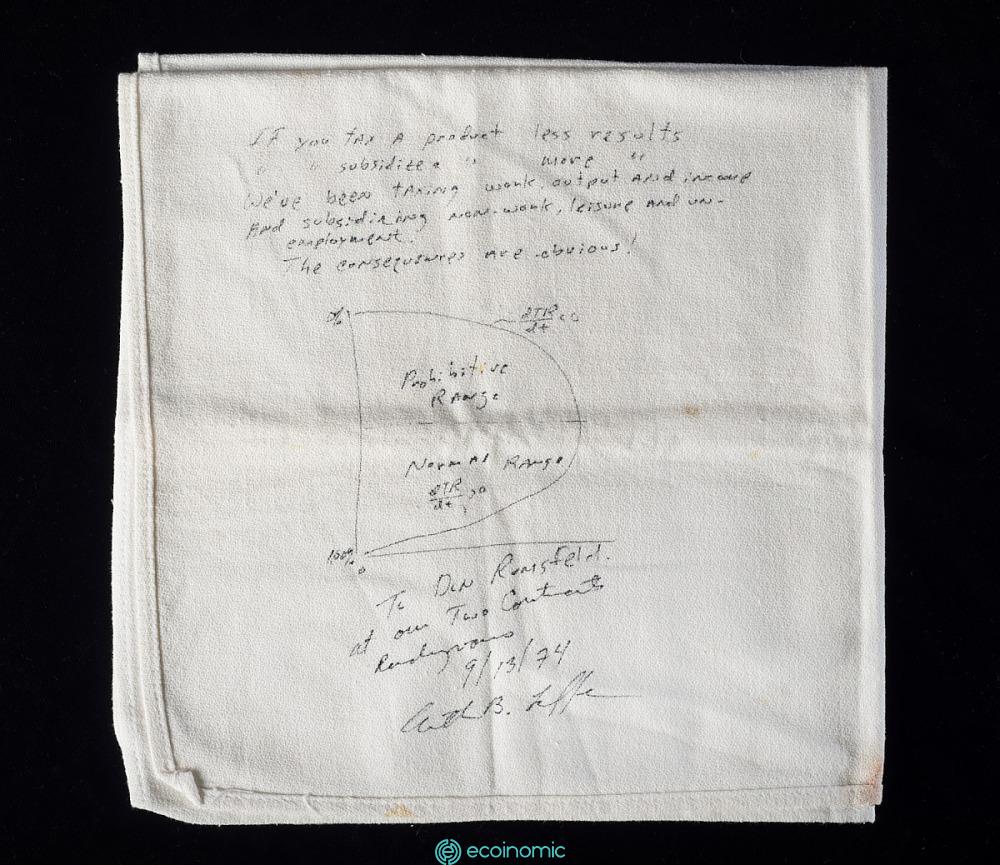 Napkin with sketch of Laffer Curve, on display at the National Museum of American History.

This theory was used by the Reagan administration to justify cutting taxes in order to increase tax revenue. Many critics argue the curve is over simplistic.