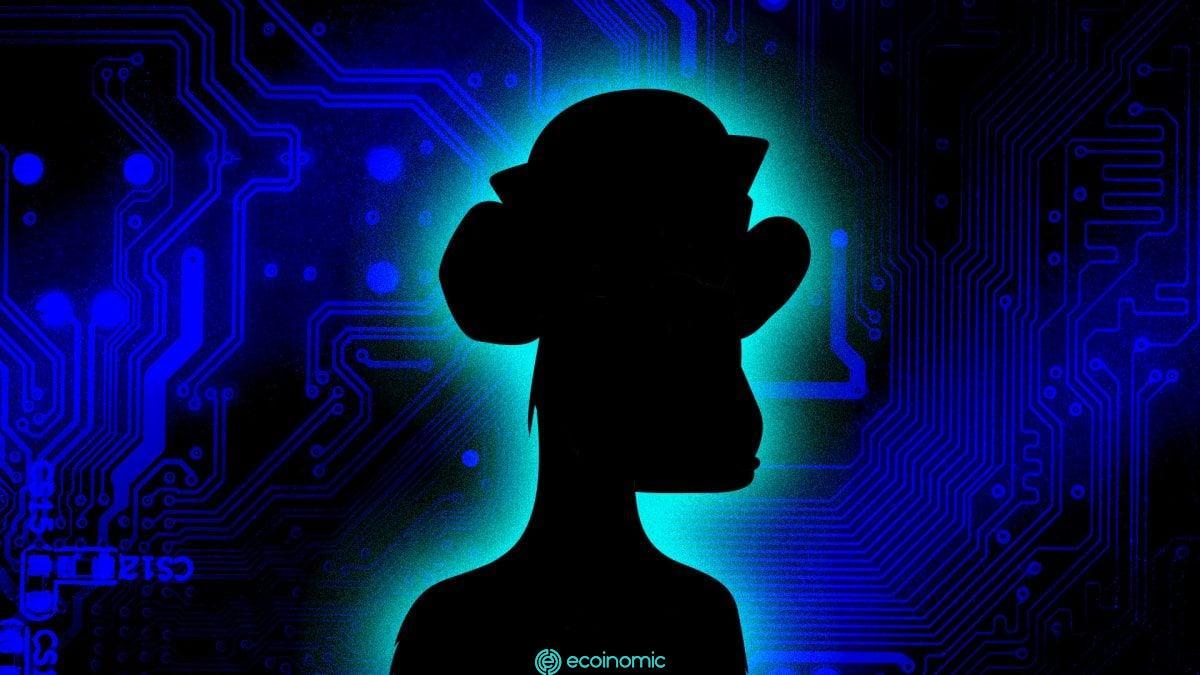 A report from the research arm of Galaxy Digital, a digital asset-focused financial services firm, laid out data showing that, while NFT royalties benefit small artists, the main beneficiaries are top NFT projects like Bored Ape Yacht Club and corporations like Nike.

Royalties for Ethereum-based NFT projects earned a total of $1.8 billion in revenue. The top 10 NFT projects netted $489 million, or 27% of all royalties earned. Yuga Labs, with its Bored Ape, Mutant Ape and Otherside projects, brought in $147.6 million in royalties, followed by Art Blocks with $82 million. 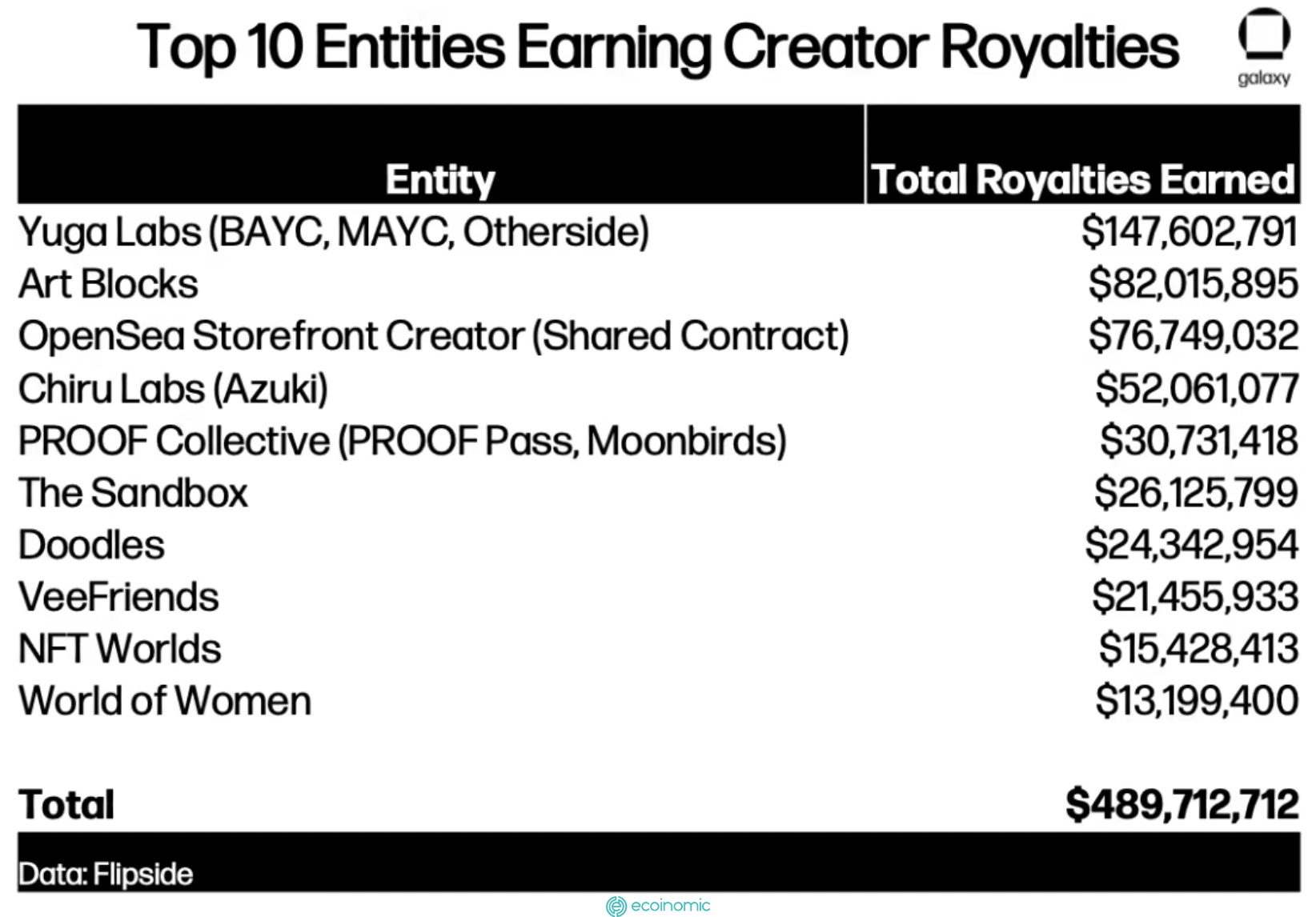 Sportswear firm Nike earned over $91.6 million from NFT royalties, the highest among prominent web2 brands. Adidas was next, raking in $4.7 million in royalties, with Gucci’s royalties seeing $1.6 million. 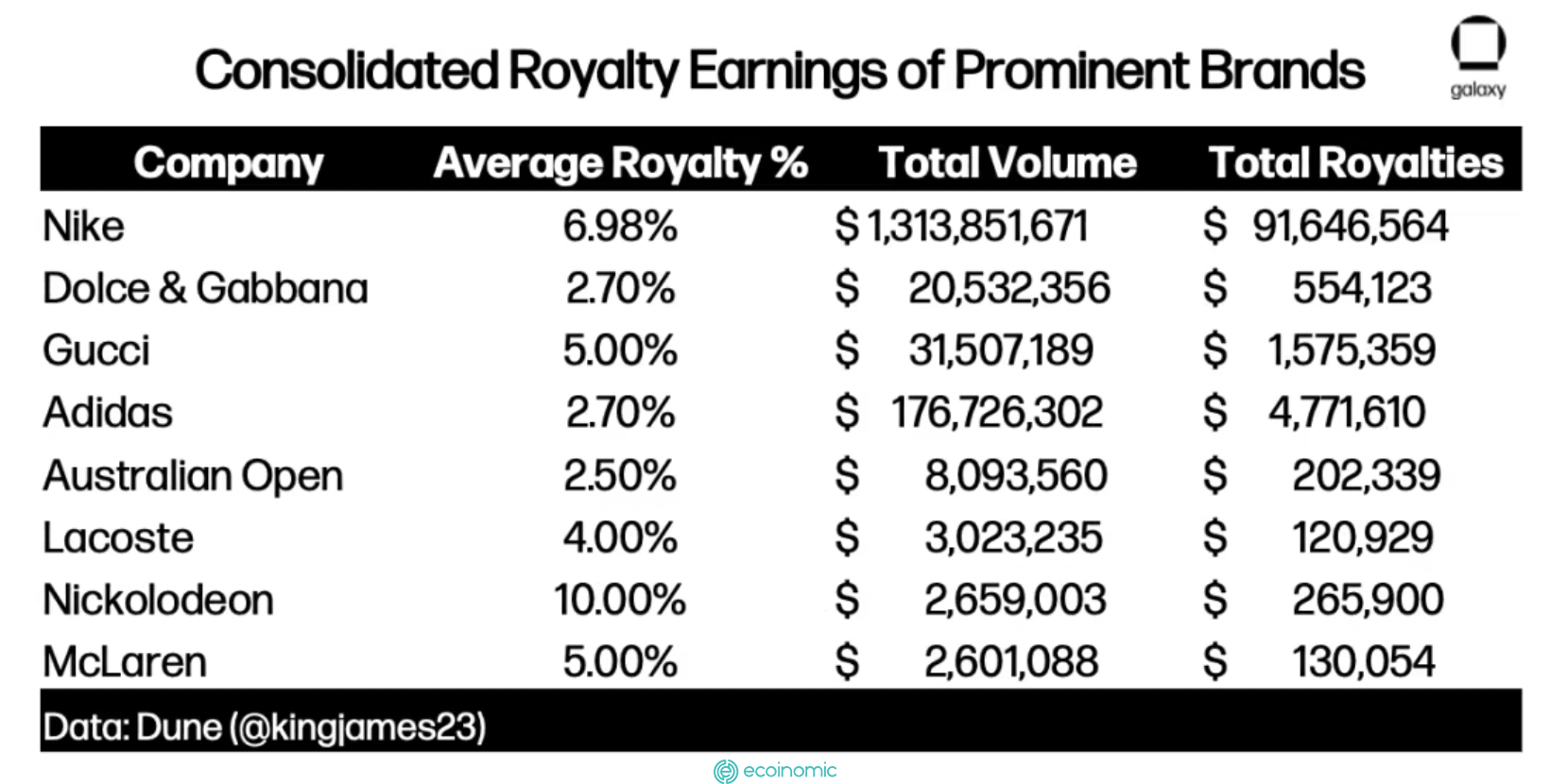 In all, 482 NFT collections brought in 80% of all royalties earned.

The report comes as royalties become an increasingly contentious subject in the NFT space. NFT wrapping makes it almost impossible to have blockchain-based NFT royalties, leaving them up to marketplaces. And more and more marketplaces are opting to make royalties optional or eschew them altogether.

The NFT marketplace X2Y2 appears to be the first platform to make NFT royalties optional this year. However, when the marketplace SudoAMM cut royalties to whittle transaction fees down to 0.5%, the move sparked a debate over the utility of NFT royalties, with some projects saying they’re crucial to supporting artists while unnecessary due to economic pressure on these platforms.

Since then, Solana’s NFT platform Magic Eden decided to make NFT royalty payments optional on Oct. 15, 2022, and the Solana-based NFT project DeGods removing their own royalties.

Economic pressures to cut costs wherever possible may be driving the open season on NFT royalties. OpenSea, which enforces artist royalties up to 10%, has dominated NFT trading volume, The Block’s Data Dashboard shows. However, the marketplace has lost significant volume to its royalty-optional competitor X2Y2 since June of this year.