Inflation is an economic term that describes the general increase in prices and the decrease in the purchasing power of the currency.

Stable inflation at a reasonable level is a good condition to promote economic development. However, it becomes a serious problem when it increases too quickly. Money devaluation at a rapid rate can cause the entire economy to spiral out of control.

All governments and central banks try to ggian. Inflation means that the cost of goods and services will rise, the rate of inflation is calculated as a percentage increase or decrease in price over a period of time.

“Inflation is always and everywhere a monetary phenomenon, stemming from and accompanied by an increase in the amount of money relative to output.” – Milton Friedman

To put it more simply, inflation occurs when production costs rise or when demand for products and services increases faster than supply. Inflation can happen in many different ways. All of these causes are usually categorized into three main types of inflation.

Prices rise as production costs rise.
If the cost of creating a product or providing a service is higher, companies will pass that cost on to consumers by raising the price of those products and services.

Prices rise when demand increases faster than production.
If people want to buy something with limited supply, they’ll be willing to pay more for it, and companies will charge higher fees for the same product or service.

Increase the money supply and inflation

The fact that the government prints money with inflation is correlated with each other.
An increase in the total money supply can lead to inflation due to the cost of pushing and pulling demand when money is printed out faster than the growth rate of the economy. The money supply is not only hard cash, but also credit, loans and mortgages.

If the government cuts taxes, stimulates expenditures or increases welfare, people will have more money to spend. If the business tax is cut, businesses can raise wages or hire more people. When there is more money, people will spend more, the increased demand increases the price.

When there is more money in circulation, the currency loses value compared to the foreign currency. This makes imported products more expensive because now the domestic currency has poorer purchasing power. The government may also choose to lower the exchange rate to make domestic products more competitive. This will also lead to more expensive imports.

Increasing the money supply only increases demand if the excess money eventually reaches the consumer. For example, in the context of the 2008 economic downturn, interest rates are very low but the lending criteria are very strict. This means that cheap money flows mainly into the rich. The result is rapid inflation in asset prices (the rich buy stocks and real estate) and inflation for consumer goods is much less.

Who benefits and who suffers from inflation?

Inflation does not affect everyone equally. Some people suffer losses due to falling monetary value while others may benefit from it.

Workers whose wages are calculated according to inflation will not be adversely affected by inflation.

The person who suffered the damage

How to measure inflation

The most well-known inflation indicator is the Consumer Price Index (CPI). CPI examines the average price of a hypothetical basket of goods and services to see if there is any change in the overall cost of living. The different items in the basket have different weights. These weights reflect the different importance of items in the consumer’s shopping cart. The increase or decrease in the price of all commodities when expressed as a percentage indicates the rate of inflation.

What’s in the cart?

Each country uses its own method to identify the cart and assign different weights to each item in the basket. People who live in different places will have different daily needs and priorities. The items in the basket change almost every year to better reflect the current needs and desires of consumers.

For example, the main categories in the U.S. cart include: Food and beverages, housing, clothing, transportation, medical care, entertainment, education, and other goods and services.

Each cart is usually sorted by the main categories above, and in most countries, the items in those categories are the same.

The inflation factor is calculated in percentage terms and divided into 4 levels as follows:

Cow inflation occurs when the inflation rate rises to 3% per year.
This is a good condition for economic growth as it motivates consumers to buy in the present and avoid higher prices in the future. That drives demand while production and wages have enough time to keep up.

That’s when inflation remains in the single digits, between 3% and 10% and lasts for a long time.
Inflation often becomes a cause for concern when it exceeds 4%. This type of inflation hurts the economy because consumers start buying more than they need to to to avoid higher prices in the future. When that happens, production and wages can’t keep up. Manufacturers will raise prices due to higher demand and because wages are not rising, people will not be able to afford to buy some goods and services.

This is when the inflation rate rises above 10%.
At this rate, inflation becomes a serious and difficult problem to control. Money depreciated at such a rapid rate that wages had no chance of keeping up with prices. It has adverse effects on the population of a country, especially the poor and middle class. To control hyperinflation, countries need to adopt strong fiscal and monetary measures.

When inflation reaches 50% a month (above 1000% a year), it is called hyperinflation.
This is the most extreme form of inflation and only 58 hyperinflations in history have been recorded. Prices go up several times a day – something that costs $10 in the morning can cost $100 in the afternoon.

Money is becoming worthless at such a rate that the government has to print money in increasingly large denominations. You may have to pay $150 billion for a loaf of bread…

Prices rising at a rapid rate caused people to start hoarding goods, leading to a shortage of everything. In most cases, people will face severe food shortages.

Savings, investments and pensions become worthless as the purchasing power of the currency decreases. People stop using banks leading to banks and other lenders stopping doing business. The collapse of the entire monetary system is inevitable.

What is Metaverse? Decipher the Metaverse technology 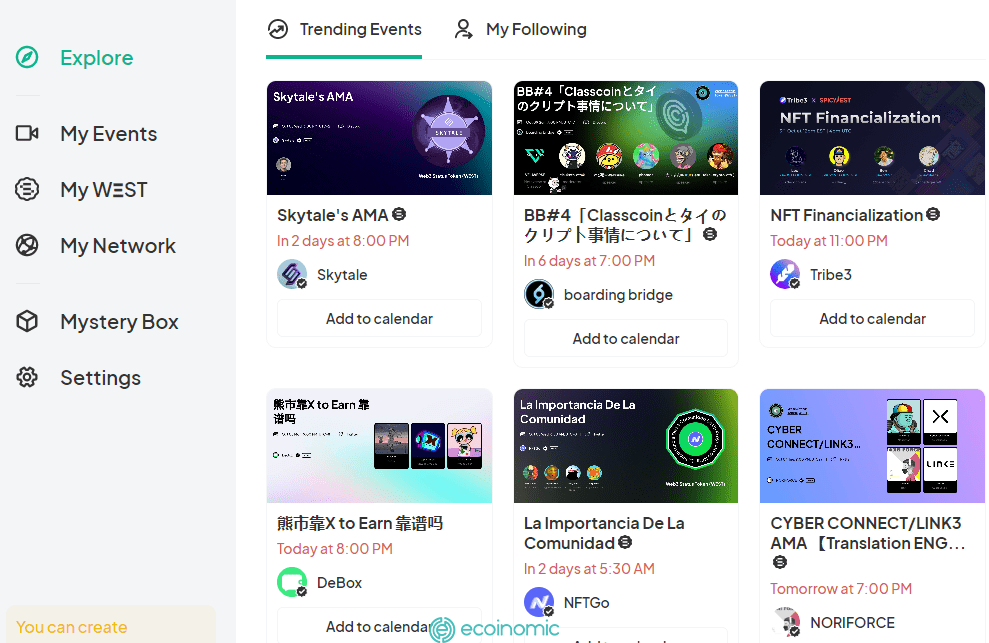 What does AMA mean? Top 3 benefits of joining AMA