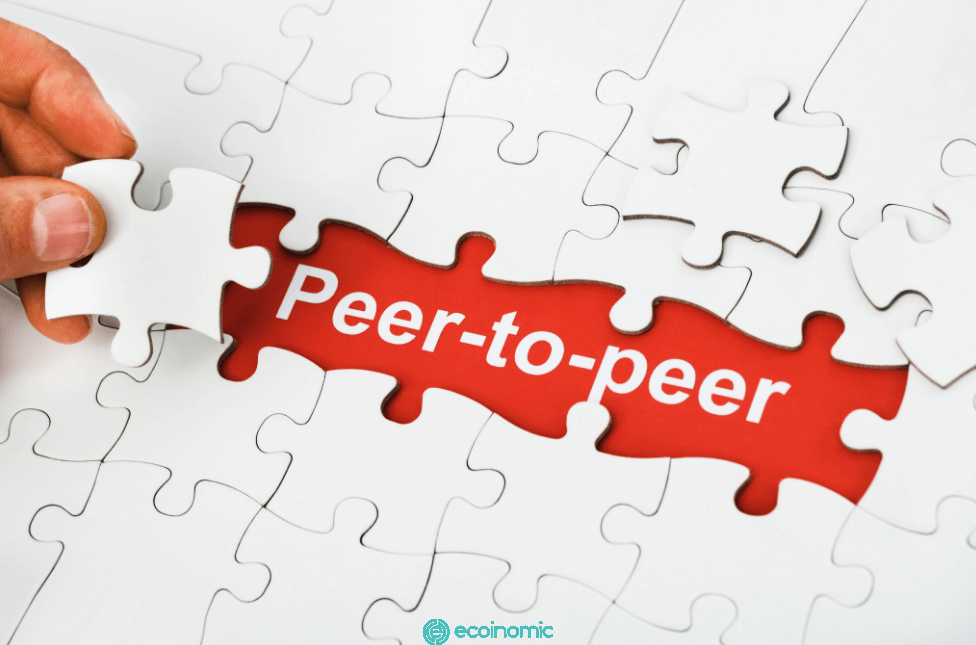 The origin of the P2P network?

P2P stands for Peer-to-Peer, a type of distributed network application that dates back to the 1980s when they were first deployed for business purposes. However, the concept was introduced to the public in 1999 when college student Shawn Fanning created a Napster music-sharing service.

The service quickly became an unauthorized sharing platform for copyrighted songs. But two years later, Napster was shut down by lawmakers due to a lawsuit from the U.S. music industry. This has given rise to a new concept of P2P service that wants to fill the gap and continue to develop decentralized networks.

Today, the model is leveraged in web search engines, online marketplaces, streaming platforms, P2P Blockchain, and IPFS (InterPlanetary File System) web protocols. P2P is at the core of blockchain technology, with the introduction of cryptocurrencies has added many new uses.

Peer-to-peer is a decentralized communication model between two peer-to-peer networks also known as nodes, which can communicate with each other without a central server. Unlike the seeder/leecher (or client/server) model in which the seeder makes requests and the leecher meets requirements, the network model allows each party to act as a seeder and leecher. This means that after the network is formed, participants can use it to share and store files without the help of an intermediary.

How does it work?

In essence, the Peer-to-Peer network is maintained by a distributed user network, independent of the central administrator or server. Each node stores a copy of the files and acts as a client server for other nodes.

Therefore, each node can download files from other nodes or upload files to other nodes. This is the difference between peer-to-peer networks and traditional server-client systems.

On the P2P network, connected devices share files stored on their hard drives. Using software applications designed to mediate data sharing, users can query other devices on the network to find and download files. Once a user has downloaded a file, they can act as the source of that file.

The P2P network is unstructured.

Since nodes frequently join and leave the network, these systems are best suited for high-churn operations. For example, a social platform deployed on an unstructured P2P network can use it effectively, as users can choose to join or leave the network regularly.

Such networks are easy to build. However, they require high CPU and memory usage because search queries are sent to the entire network. Therefore, if only 5% of computers have what you are looking for, then it may take a while.

On the other hand, structured networks are organized in a way that allows nodes to search for files efficiently, even if the data is not widely stored.

In most cases, these networks deploy a distributed hash table (DHT), which allows nodes to search for data using hashes. Although structured networks can route traffic efficiently, they require higher setup and maintenance costs and tend to be more focused.

A combined network combines a peer-to-peer model and a client/server on a single platform.

The network uses an index server that contains data about the location of the resources at the center and uses this server to search. The centralized functionality provided by the structured network and the equality of the node is provided by the unstructured network responsible for creating the balance on the combined network. This type of network works better than its rivals because certain search queries require a centralized functionality but can at the same time benefit from decentralized networks.

The concept of blockchain was popularized in 2008, as part of a proposal for Bitcoin. Bitcoin’s creator Satoshi Nakamoto has defined it as a “peer-to-peer cryptocurrency system” built with the aim of creating a form of P2P digital currency without the need for a bank.

Blockchain technology basically leverages the power of the P2P network and provides a shared and reliable transaction ledger. As a distributed ledger technology, blockchain records transactions as a digital block with an immutable time stamp indicating the sender and recipient. There is no Supervisory Authority that manages blockchain networks, and only participants can authenticate transactions between each other. This new form of distributed data storage and management acts as a digital ledger that publicly records all transactions and activities.

What is the P2P cryptocurrency exchange?

How does the P2P cryptocurrency exchange work?

Users can usually register with the exchange without having to verify their identity. Registration only requires one email address and one password. After registration, users can make various buy and sell offers posted by individuals on the platform. Each offer has different payment options, different rates, and usually the minimum or maximum purchase amount. The buyer can choose an offer and contact the seller to set up the transaction. If you are a seller, you can post the accepted payment method as well as any related fees. In general, P2P cryptocurrency exchanges use margin accounts to send cryptocurrencies or other collateral from users to ensure the safety of the platform.

See also: How To Identify And Avoid Scams On Binance P2P

Advantages of the network

The structure of the P2P network is maintained by its users, whose cps can both provide and use resources. There is no such thing as a central server or host server, which makes P2P systems very different from traditional client-server models, where data is distributed one way (from the centralized server to its clients), since this structure the P2P network offers some of the following advantages to the user:

Disadvantages of the network