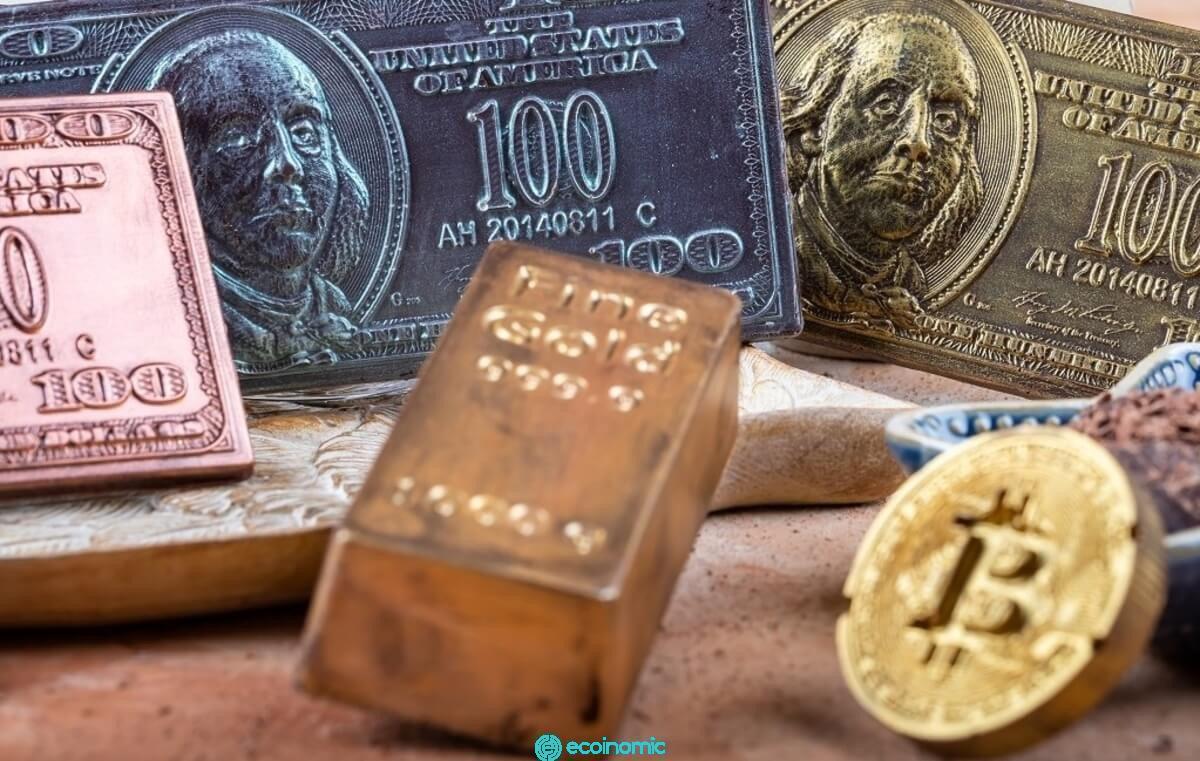 Bitcoin (BTC) and many other cryptocurrencies initially fell before buyers appeared to be in relief last week. Meanwhile, the U.S. dollar, gold and other assets continue to climb due to the ban on oil imports from Russia.

The price action on the crypto market took place as the price of gold rose above $2,000 in morning trading in Europe – the highest level since August 2020. So far, the price of gold has dropped significantly, only at $1,969.

Other assets, mainly oil and natural gas, also edged higher, with Brent hitting a high above $130 in early trading, its highest since June 2008. However, like gold, the price of oil has so far fallen to around $124.

Meanwhile, stock markets across Europe also rebounded from losses on Monday, with the STOXX Europe 600 index down 0.3 percent on the day, after falling as much as 3.8 percent earlier. In the U.S., the opening price of the S&P 500 on Wall Street was 0.36 percent lower.

These fluctuations in the market followed the Russian and Ukrainian ceasefire talks in Belarus. In addition, on Monday, the foreign ministers of Ukraine and Russia reported that they would hold talks in Turkey on Thursday.

Cash Flow Continues to Flow into the Cryptocurrency Market

Although the current price index shows a more traditional trend of hoarding assets than crypto, data from crypto research and investment firm CoinShares shows that inflows into digital assets reached $127 million last week, up from $36 million the previous week.

This increased figure suggests that “investors continue to favor digital assets despite the current geopolitical upheavals,” the company said in a comment on its latest weekly report.

Is Crypto a Safe Storage Asset?

The current trend of capital flows back to traditional hoarding assets. Whether bitcoin, considered a digital gold, is a new safe-haven asset is debatable.

One of those who doubt the crypto market’s ability as a useful hoarding asset in the current turmoil of the Fiat world in today’s fiat world is former Goldman Sachs CEO Lloyd Blankfein. Speaking on Twitter last night, Blankfein said he thinks the price of crypto does not represent it as a safe hoard at this time.

Responding to the post, Michael Saylor, the well-known bitcoin investor who turned MicroStrategy into one of the world’s largest bitcoin investment companies, responded that bitcoin is under strain between holders for platform reasons and “casual traders.”

“Over time, the holders will win,” Saylor said.

“Those who express mistrust of the cryptocurrency market should take a longer-term view in the context of the inflationary U.S. dollar and government actions to block bank accounts and payments,” Bitfinex said in a statement.

The trading group added that bitcoin over the past 10 years has gone from something used only by a small group of technologists to a class of assets traded by institutions.

This indicates the existence of “large liquidity and market interest rates that continue to support the long-term appreciation of the currency,” the group added.

Messari, the crypto research firm, shares a similar view, writing in its latest newsletter that bitcoin “appears to have split from the S&P 500.” This “hints at the possibility that conflict between Russia and Ukraine has driven demand for digital […]gold,” the company added.

For now, however, trading traffic on Binance in BTC and USDT using the Ukrainian hryvnia is still declining, while traffic with the Russian ruble has once again reached near its peak since Feb. 24.

Binance’s average BTC/RUB trading volume over the past 7 days has reached 244 BTC in the last 24 hours – the highest level since the massive bitcoin sell-off in late May 2021.

For USDT/RUB, the volume of transactions has decreased slightly although it is still at a significantly high level compared to last year. For the time being, 24-hour trading volume stands at $26.37 million, while the seven-day average trades stand at $18.55 million, down from a high of $22.34 million on Sunday.

When many argue that crypto exchanges should follow the sanctions imposed on Russia, Binance is one of the exchanges opposed to blocking all Russian users from their platforms.

Brett Munster, portfolio manager at hedge fund Blockforce Capital, told Bloomberg: “There’s a group of investors who see BTC as a high-risk asset, in the same way, they view stocks and other assets.”

“In the long run, I believe the story of storing the value of cryptocurrencies will win,” Munster added.