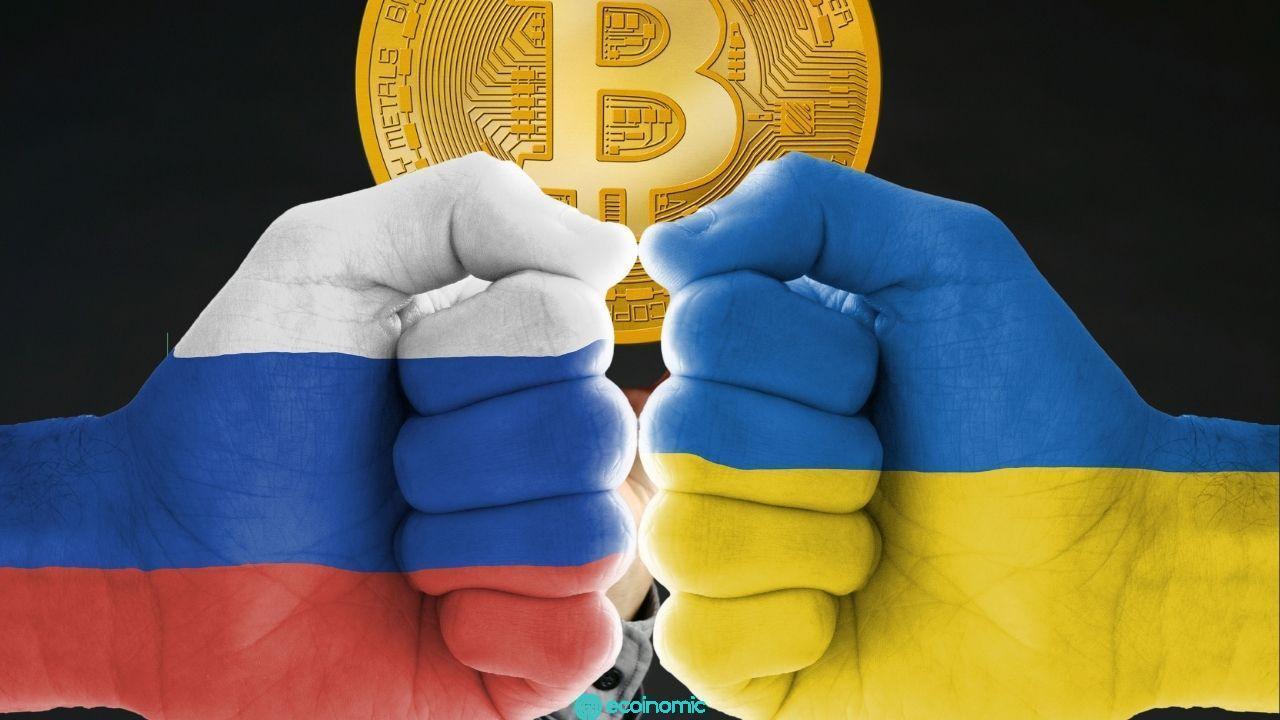 The Russia-Ukraine war attracted more attention from investors around the world before the participation of the cryptocurrency market. So how does digital money affect the war, and in the face of sanctions hitting the economy directly, what is the refuge for the vast wealth of Russia’s super-rich?

Bitcoin and the new emergence of war

It has been likened to the digital asset of bitcoin in particular, and cryptocurrencies, in general, have gone beyond cyberspace and it was even more evident in the Russo-Ukrainian war when the President called for humanitarian support with crypto.

Since Russia issued an order to attack Ukraine on Feb. 24, as of March 3, more than 102,000 cryptocurrency donations or $54.7 million have been transferred to the Ukrainian government and Come Back Alive, an NGO that supports the military.

Bitcoin joined at the last minute before the shooting: Russia issued an official order to attack Ukraine on February 24 in the face of a wave of concerns and protests from major Western countries such as the US, UK, and France earlier military tensions escalated and negative developments from November 2021. When the war officially broke out, two weeks earlier on February 8 Russia announced that it had completed the agreement and policies to legalize cryptocurrencies. This also partly shows Putin’s government’s calculation of bitcoin’s role in the war.

After receiving news of Russia’s military strikes on Ukraine, a number of major economies have made drastic moves to enact direct sanctions against the economy. Typical such as:

February 26, 2022: The European Union announces the expulsion of Russia from the SWIFT international financial, payment, and money transfer system. This is seen as very strong sanctions against the Russian financial system blocking the majority of international transactions and financial access between Russia and the world in order to isolate the Russian economy.

February 28, 2022: The French ministry announces that it will raid and freeze all luxury assets owned by Russians such as yachts, real estate, and luxury cars. This caused great surprise and shock among Russian bosses in France, causing them to rush to disperse, liquidate, and cede assets to avoid losing white.

February 22, 2022: The U.S. imposes sanctions, prohibiting Russian institutions from using and accessing the U.S. dollar for trading, adding that Russia will not be able to access the dollars it owns.

February 24, 2022: Britain announces it will stop trading in sterling on Russia’s major banks, and three other Russian banks, Otkritie, Sovcombank, and VEB, which operate in the UK, will have their assets frozen.

In the face of a series of moves aimed at isolating the economy and freezing the finances of Russia and its citizens, cryptocurrencies are seen as a shield to nullify Western sanctions as the key to these sanctions is that the traditional electronic payment and financial systems are concentrated in central banks and Under the control of the government.

After a series of economic sanctions against Russia and individuals with great wealth, Russia’s wealthy now has only two options:

The question now is where they will have to stash the money (with the exception of the Russian central bank) and in what form it will be stored so as not to freeze or evaporate its value. The only answer that is enough to meet and optimize the above condition is Cryptocurrency.

This is considered a new type of asset and has the potential to help preserve value over time.

Despite being blocked by major exchanges from trading accounts, freezing and erasing the assets of these individuals is impossible due to the nature of blockchain technology.

A few characteristics of cryptocurrencies such as value increases over time, being unaffected by inflation, being increasingly legalized in many places, transferring and transactions between different wallet platforms, can be traded directly without intermediaries, …… It is far more valuable than accepting cheap selling and being forced to transfer assets to a currency at risk of inflation and contributing to the bending of sanctions against these individuals.

This treatment is considered the most effective and urgent, when according to reputable sources now from the beginning of the year to March 5, 2022, the shares of large corporations almost completely lost value, Sberbank loses 99.72%, Gazprom loses  93.71%, Lukoil loses  99.2%, Polyus loses  95.58%, Rosneft loses  92.52% not only stopped there the loss of the war to make the fortunes of Russian billionaires now evaporate by 39 billion. The dollar every day and the blacklist of sanctions is now lengthening and showing no signs of ending.