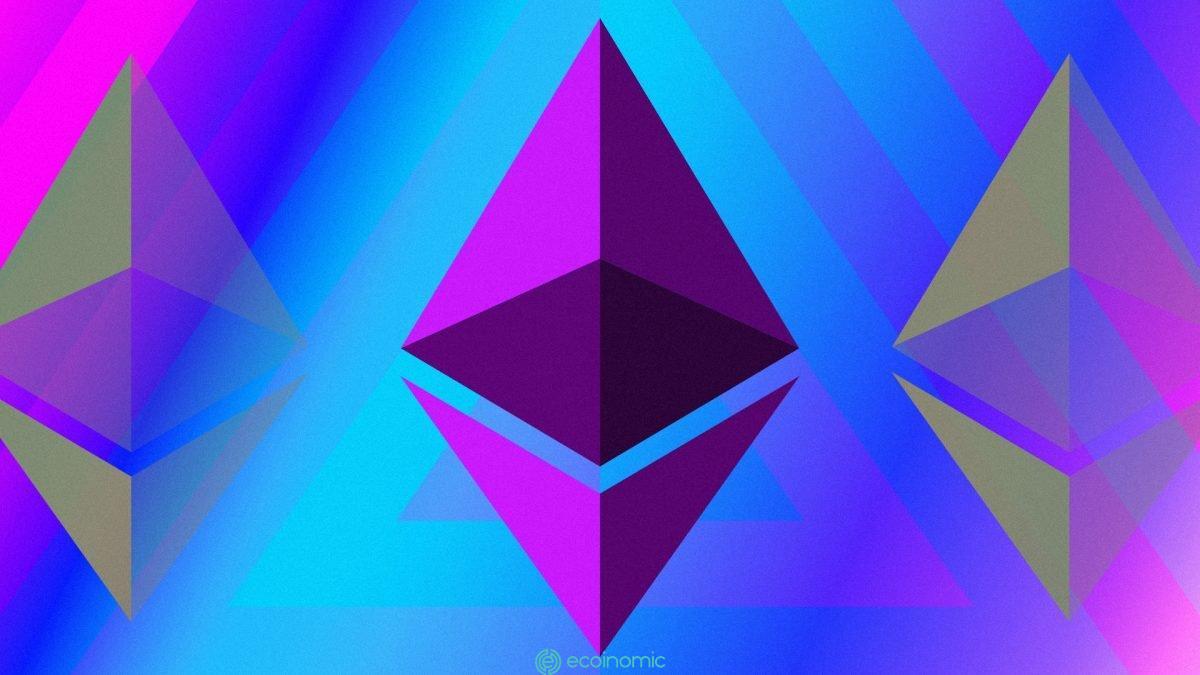 Ethereum staking rewards have risen in the last few weeks, with validators receiving larger transaction fees as a result of increased network activity.

As an example, the seven-day moving average for annualized staking rewards on stETH, a liquid staking token backed by ether, has climbed to 5.5%, as noted by DeFi researcher Mika Honkasalo on Twitter. This is up from just 3.5% in September, according to data from Lido Finance. 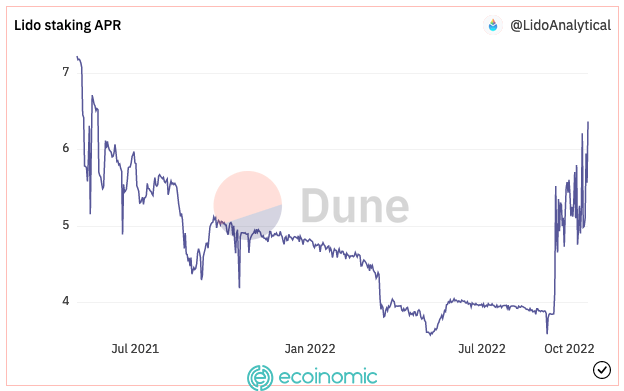 The staking APR for stETH has shot up in recent weeks. Image: Lido Finance

For those leveraging their staking rewards, through offerings such as icETH or ETHMAXI, APRs have shot up as high as 11%. This is where the tokens are used to borrow more tokens and all of them are staked, increasing the yield.

The main cause for the rising yield is increased network activity, specifically in ways that result in higher fees for network validators. In particular, maximal extractable value (MEV) activity — where bots front-run transactions on the blockchain — has picked up, Honkasalo told The Block.

Honkasalo also said there has been an increase in trading of altcoins on Uniswap in recent weeks. This has been led by a token called The Protocol, which was created as a joke following one of Ethereum co-founder Vitalik Buterin’s recent tweets.

There has also been a lot of extra activity in the form of XEN in recent weeks. XEN is a token that’s free to claim as long as claimants paid for the Ethereum transaction fees, which effectively spammed the blockchain for a couple of weeks.

This increased activity on Ethereum has seen the supply of ether decrease in recent weeks, as more tokens have been burned during the transaction fee process than were created as rewards for validators. EthHub co-founder Anthony Sassano highlighted on Twitter that the supply of ether has not grown over the last 30 days as the burning process has equaled out the issuance.

Were activity to increase even further, it could lead to higher APRs and cause the supply of ether to become deflationary.