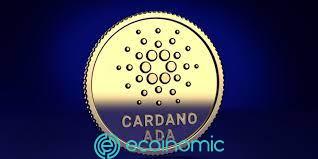 Institutional investors betting on Cardano-based cryptocurrency products have quadrupled compared to the previous week, at a time when Bitcoin’s short cash flow is also increasing significantly.

According to CoinShares‘ Digital Asset Fund Flows report, cash flows for investments in digital asset products have totaled $63 million, marking the fifth consecutive week that cash flows for these products have been reduced. The company added that cash outflows remain relatively small, with $99 million over the past five weeks.

However, trading volumes remained low, at 46% of the year’s average, with $1 billion traded during the week. Regionally, cash outflows are concentrated in Canada and the United States, while Europe is the opposite and reaches a total cash flow of $7 million.

When it comes to assets, the report suggests that Ethereum hit cash outflows near the $62 million mark, despite the approaching The Merge event. The drop may cause investors to worry that the event may not go as planned.

On the other hand, Bitcoin reached a cash flow of $13 million, while Binance Coin ($BNB) reached $900,000. In the past week, cash flow was mainly from short Bitcoin due to the drop in BTC price. This generated $10.6 million poured into cash flow.

As for altcoins, the influx of money into Cardano ($ADA) led the way with $400,000 invested in products that offer exposure to cryptocurrencies, a fourfold increase from $100,000 last week. A prominent cryptocurrency analyst suggested earlier this month that $ADA could perform better as investors start using smart contract networks to protect against Ethereum’s shift from PoW to PoS.