What Is Proof Of Work And How Does PoW Work in crypto? 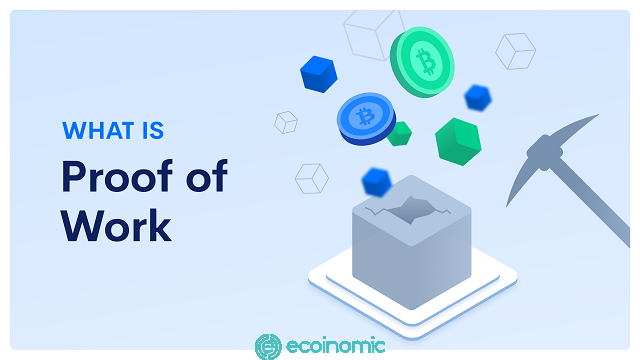 What is Proof of Work?

Proof of work is a Consensus algorithm that helps secure the ledgers of many cryptocurrencies, including Bitcoin and Ethereum. Most digital currencies have a central organization or leader that tracks every user and how much money they have.

But no leader is as responsible for cryptocurrencies as Bitcoin. PoW is necessary to make online currency work without the company or government running the program.

More specifically PoW solves the problem of dual spending, a problem that is harder to solve without a leader in charge. If the user spends twice their money, the overall supply will increase reducing the value of other people’s currencies and making the currency unpredictable and worthless.

Double spending is a problem for online transactions because digital actions are easy to copy, Proof of Work helps control and prevent the doubling of cryptocurrency amounts. It’s exactly like the name: “proof” notes that someone has performed a significant amount of calculations.

How does Proof of Work work?

In a word, miners in the network will compete with each other to solve complex problems, and difficult cryptographic functions using the power of the system. After finding the solution, they will declare the block to the network for other miners to verify whether the solution is correct or not.

For example, Bitcoin is a Blockchain platform system maintained by a collection of work from distributed Nodes. Some of the nodes in there are Miners, they will be responsible for adding new blocks on the Blockchain.

To do this, miners must constantly speculate and try random numbers (Nonce). These numbers, when combined with the data provided from the block, pass through the Hash function. When passing the Hash function, they are required to produce results that are in line with the given conditions.

For example, the hash must start with 4 and 0, and when other nodes or miners are found, they will verify the accuracy of those results. If valid, the miner who gives the block will receive a reward.

However, there are many inadequacies in the blockchain. In case the problem is quite easy to solve, there is a high probability that the system will be attacked, transactions are often tampered with.

In the event that the problem is too complicated, it is inevitable that the system is clogged and the transaction is not executed because the block is not created. To avoid such problems, PoW adjusts the difficulty to match the mining speed of miners.

Pros and cons of Proof of Work

Proof of Work is one of the most popular consensus algorithms today. Because it was born with Bitcoin, it has many limitations on transaction processing speed, takes time to mine, and is a cause of environmental pollution and energy waste.

To overcome the weak problems of PoW, a consensus algorithm called Proof of Stake has been created, this algorithm helps to increase the network scalability, protect the environment, and save resources but at the same time save money. It also offers faster transaction processing than PoW.