Dwayne “The Rock” Johnson hit theaters last weekend as DC’s latest comic book hero, Black Adam. But before millions of flesh-and-blood moviegoers watched him tear up the big screen, millions of fans had the chance to interact with an avatar of his character in Roblox.

It’s a sign of the times. As much of Hollywood cools to blockchain-related projects during the current crypto downturn, the digital platform whose number of daily users tops the population of South Korea is increasingly providing a safe space for stars keen to experiment with the metaverse.

“Roblox is definitely a huge area of interest for a lot of the clients we are working with across our company’s roster,” said digital strategy agent Kate Lonczak of WME, a top Hollywood talent agency which counts Johnson as one of its top clients. Roblox is gaining ground as a low risk metaverse play,  Lonczak said, noting that many Hollywood stars have cooled to the web3 space since crypto prices crashed and some celebrity endorsements went belly up.

“You can expect to see some more traditional talent getting into Roblox in the near future,” she said.

And for younger consumers, especially the all-important Gen Z demographic, “Roblox is the metaverse,” said Reza Izad, co-founder of Underscore Talent, which represents professional gamers and digital celebrities like YouTubers who have tens of millions of fans. Izad said his firm is eager to partner his clients with established Roblox creators. “There’s thousands of Roblox servers … where somebody has built an entire world,” he said, adding that some of the games and worlds that exist on the platform have attracted billions of visits. 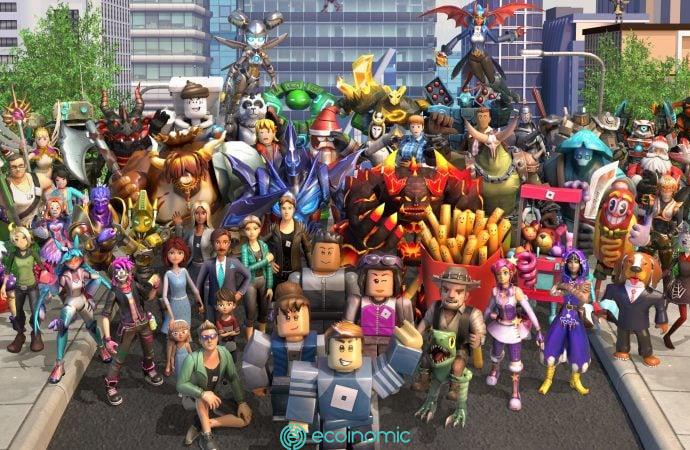 Across the board, major corporations are fishing for ways to engage with the metaverse. But sinking crypto prices and values for NFTs, when coupled with a string of celebrity endorsements gone wrong, have ratcheted up the level of scrutiny and hesitancy surrounding new projects, causing investment into blockchain-related ventures to shrink. Meanwhile digital platforms like Fortnite, Minecraft and Roblox — with tens of millions of daily users that serve as functioning versions of the metaverse in many people’s eyes — are viewed as relatively innocuous virtual spaces, where companies can safely experiment with the commercial possibilities of web3, a market analysts have projected to be worth trillions of dollars in the years to come.

Legacy Hollywood studio Warner Bros. promoted “Black Adam” in Roblox leading up to its debut. On the platform, fans could unlock “exclusive avatar items” plus interact with a Roblox-avatar version of Johnson’s character. Roblox’s “Black Adam” experience has been visited more than 5 million times.

“We’re at a stage where we’re seeing a lot of really exciting experimentation, whether that be from experiences that complement IRL [in real life] events, create social spaces for watch/listening parties, or extend the reach of beloved IP to new audiences in as yet unimagined environments,” said Todd Lichten, Roblox’s head of entertainment partnerships. Lichten added that Roblox offers the entertainment industry a chance to learn more about consumers while augmenting traditional avenues for interacting with fans.

Roblox has worked with other Hollywood giants including Universal Pictures and Paramount Global. Crypto booster Paris Hilton has her own personalized Roblox game, which recently announced a Halloween-themed event called Cryptoween.

Roblox said it had nearly 58 million daily active users in September, a 23% increase from the previous year. During the second quarter of 2022 users spent more than 11 billion hours on the platform, a 16% increase year-on-year, the company also said.

The best comparisons of what Roblox has been able to accomplish are Fortnite and Minecraft. While Roblox shares similarities with both gaming platforms, including attracting millions of users each day, Roblox stands apart because of the combined level of socialization and freedom to create that it offers. This is why, for many people, Roblox is considered to be the closest thing to a working metaverse.

Meta, on the other hand, is far behind. Despite investing billions of dollars in its version of the metaverse, the company formerly known as Facebook has struggled to gain traction, according to a recent report in The Wall Street Journal. The Journal said that Meta’s flagship platform, called Horizon Worlds, hosts less than 200,000 users each month.

While Roblox has established itself as a safe space for Hollywood studios and stars to experiment, elsewhere in the nascent metaverse, particularly among blockchain-powered assets and ventures, times have been exceedingly difficult since the onset of crypto winter.

Blockchain-enabled platforms like The Sandbox and Decentraland, which have arguably attracted an inordinate amount of attention from investors and the media, are, for now, only achieving daily user numbers in the thousands.

Other metaverse-related projects are struggling, in part, because prices for key cryptocurrencies like bitcoin and ethereum have both nosedived by more than 60% in the last year. NFT trading volumes, as measured by corresponding U.S. dollar values, are also down more than 80% year-to-date. The widespread market turmoil also has caused the values of many gaming tokens, like those used by Play-to-earn games such as Axie Infinity, to plummet.

With falling prices, some high-profile celebrity endorsements, made during the bull market, have not aged particularly well, including A-list actor Matt Damon shilling for cryptocurrency investment platform Crypto.com during the Super Bowl, and actress Reese Witherspoon’s company Hello Sunshine helping to launch an NFT collection that has seen its average sales price fall by more than 80%.

In perhaps the most publicized example, reality TV star-turned-business mogul Kim Kardashian agreed to pay the Securities and Exchange Commission $1.26 million in penalties after unlawfully promoting the EthereumMax token on social media.

The public scrutiny of crypto and NFTs coupled with the more bearish market has triggered a major shift across Hollywood.

In general, Hollywood stars once eager to take advantage of skyrocketing prices for crypto and NFTs have gone silent, according to several people familiar with dealmaking across the entertainment industry. “Obviously there was more excitement around the bull market,” said one top Hollywood agent, adding that now it often feels like his team spends more time telling clients what not to do. “You don’t want to go and do something that is going to jeopardize your credibility in the space.”

While many traditional Hollywood stars are erring on the side of caution, the entertainment industry’s top talent agencies are forging ahead, looking at the downturn as a “time to build,” as one agent put it.

So far this year WME has added to its roster NFT creators like CryptoKitties co-founder Mack Flavelle, Bright Moments and Boss Beauties.

United Talent Agency, or UTA, one of Hollywood’s big three talent agencies —and perhaps the first big Hollywood agency to mobilize around crypto-related projects— has this year signed the Deadfellaz NFT collection as well as the web3 visual artist Diana Sinclair. The agency also aided Sinclair in securing a partnership with the legacy auction house Christie’s. 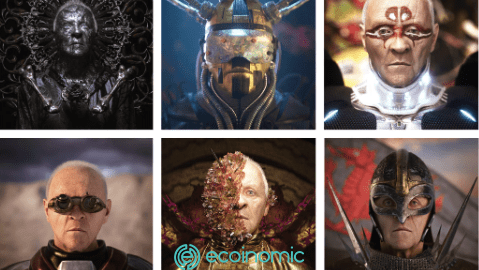 However, by some people’s estimation Roblox is both underestimated and misunderstood.

“Roblox is perceived to be a monolithic game that everyone plays. The reality is there’s all these servers set up with all these different technical worlds built into them,” said Izad, the Underscore Talent co-founder. “All of these servers are communities where there are business opportunities.”

Roblox not only allows players to create their own games or experiences within the game, it also facilitates creators’ ability to earn money by charging other users an internal currency known as Robux. In February, Roblox said, last year, it had nearly 3 million creators earn money and paid them about $540 million. Games and worlds like Brookhaven RP and Piggy, created on Roblox, have been visited billions of times. 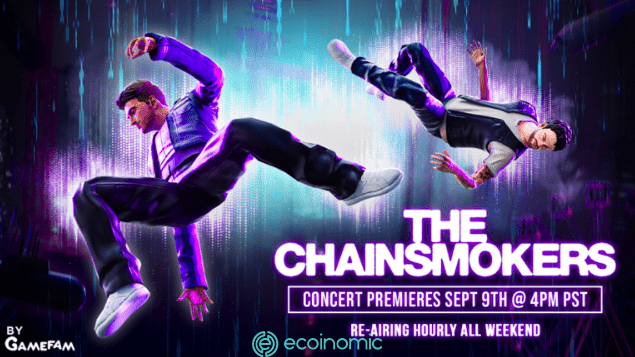 The Chainsmokers Concert Experience in Roblox

As full of potential as Roblox is for companies and talent to engage with fans, UTA Head of Emerging Platforms Sarah Early said she advises proceeding with caution. “We find that the Roblox audience is generally very young,” said Early. “So you have to be thoughtful of that demographic.”

Nearly a quarter of Roblox’s more than 50 million daily active users are under the age of 13, the company has said.

Maybe for that reason, virtual music concerts have so far been one of the more popular ways for stars to interact with Roblox’s young audience. WME client Kane Brown recently held a concert in Roblox’s Walmart Land and Paramount’s MTV used the platform to help promote its Video Music Awards. The Chainsmokers and Lil Nas X have also staged virtual performances on Roblox.

What’s next for Roblox?

WME’s Lonczak imagines a not-too-distant future where the platform evolves into much more than supplying an additional space for showcasing traditional talent. It will become a breeding ground for a new generation of digital stars, she said.

“If somebody creates a great experience, or virtual concert, with their own original music there’s a chance they can make their avatar famous,” said Lonczak. “This whole new concept of meta-celebrities and meta-stars, I’m sure we’ll start to see some meta-influencers come out of Roblox.”