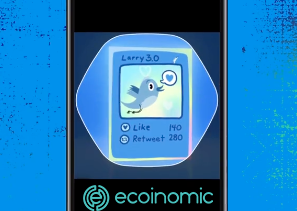 When Twitter debuted its Tweet Tiles NFT pilot program last week, the roster of partners included a who’s who of NFT marketplaces: Magic Eden, Rarible, Dapper Labs and Jump.trade. OpenSea, considered by many the dominant platform, was noticeably absent.

The new feature — initially available only to a small test group — allows people to advertise NFTs for sale. Posted NFTs that are listed on marketplaces with partnerships with Twitter also include a click-through button to help interested parties seamlessly purchase the digital asset.

Although OpenSea and Twitter discussed working together on the social media company’s new program, the two sides could not agree on terms, according to a person familiar with the matter. That impasse between OpenSea and Elon Musk’s newly acquired company has paved the way for Magic Eden to emerge as perhaps the most significant marketplace partnering with Twitter. A few months ago, Magic Eden overtook OpenSea to become the largest marketplace by number of monthly transactions.

For more than a year, OpenSea has been the most dominant NFT marketplace by total dollar volume. The company has been valued north of $13 billion. Twitter and OpenSea have worked together before on integrating digital assets into the Twitter experience, including the current option that allows users to utilize NFTs as a hexagonal profile picture.

Logan Holling, Magic Eden’s strategic partnerships lead, said that the high volumes his company is handling should benefit Twitter’s new NFT strategy. “By way of more transactions you have more opportunities for people to tweet these Tweet Tiles,” he told The Block.

When compared to Magic Eden, Twitter’s other three marketplace partners are much smaller. Dapper Labs is best known for creating NBA Top Shot and CryptoKitties, while Rarible is primarily a market aggregator. Jump.trade focuses on sports-related NFTs.

Twitter’s partnership with Magic Eden is also perhaps meaningful for another reason: The marketplace is the largest dealer of NFTs pinned to the Solana blockchain. OpenSea facilitates primarily Ethereum-blockchain transactions.

“For a long time Solana NFTs felt like this little brother to Ethereum,” said Tiffany Huang, Magic Eden’s head of content and marketing. “This is really good news for us, but also Solana.”

Although the large majority of the most valuable NFT collections traded, like Bored Apes Yacht Club and Cryptopunks, are all on Ethereum, more transactions are currently being completed on Solana.
“People transact more on Solana because the chain allows them to do so,” said Huang, adding that there are fewer fees when buying and selling on Solana.

In general, trading NFTs on the Solana blockchain is faster and cheaper. However, many argue Ethereum is a more reliable blockchain.

Given OpenSea’s popularity and Twitter’s past dealings with the marketplace, it’s quite possible the two companies eventually find a way to work together on Tweet Tiles. “So much of crypto culture already lives on Twitter,” said Chris Sirise, founding partner of Saison Capital. “So, it makes sense for the platform to work with all high-volume marketplaces at some point to get sufficient coverage of the best projects across the different chains.”

Twitter is perhaps the busiest platform when it comes to discussing all things crypto, including NFTs. With Tweet Tiles, the platform may be taking a significant step toward further embracing crypto influencers and enthusiasts, while also introducing its more mainstream users to the habit of collecting and trading NFTs.

For a while, major companies have been pursuing NFT strategies, which include selling digital collectibles; this includes diverse brands like Gucci, Warner Bros. and the NFL.

Reddit and Instagram have also both recently implemented their own NFT initiatives capable of attracting mainstream consumers.

Social media platforms, starved for ways to grow, don’t want to miss out on the action.