What is hashrate? How does hash work? 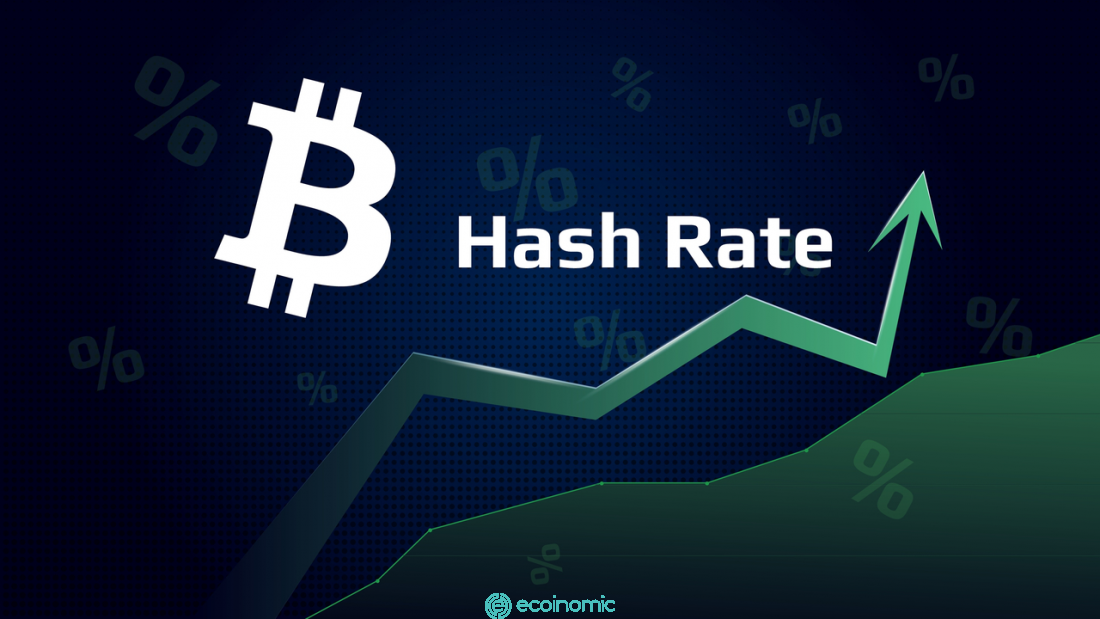 “Hashrate” refers to the total computing power in the network, which is used to mine and process transactions on the Proof-of-work blockchain, such as Bitcoin and Ethereum.

“Hash” is a code of letters and numbers of a fixed length, used to denote words, messages, and data of any length. Cryptocurrency projects use a variety of hash algorithms to create different types of hash codes – think of them as random word generators in which each algorithm is a different system for creating random words.

Before new transaction data is added to the next Block in the chain, miners must compete using their machines to guess a number. More specifically, miners are trying to create a hash value lower than or equal to the numerical value of the “destination” hash by changing a single value known as a ‘nonce’. Every time the “nonce” is changed, a completely new hash is created. This is like a lottery ticketing system, in which each new hash is a single ticket with its own set of numbers.

Because each hash created is random and unpredictable, it can take millions of guesses before reaching the goal, and the miner wins the right to fill the next block and add it to the Blockchain. Each time that happens, the Block reward is that the newly mined coins will be awarded to the miner successfully along with any fee payments attached to the transactions they store in the new Block.

How does hash work?

Different hashes will produce outputs of various sizes, but the size of the outputs that can be received is permanently fixed, and constant.

To illustrate, run the words “Binance” and “binance” through the SHA-256 hash algorithm.

It can be seen that a small change (capitalizing the first letter) leads to a whole different hash value. However, since we are using SHA-256, the outputs always have a fixed size of 256 bits (or 64 characters) – no matter what the size of the data. These two outputs remain the same no matter how many times we run these two words through this algorithm.

SHA is an acronym for Secure Hash Algorithms. This is a set of encrypted hashes, including sha-0, SHA-1 and hash groups SHA-2 and SHA-3. SHA-256, along with SHA-512 and other hashes, belongs to the hash-2 group. Currently, only SHA-2 and SHA-3 groups are considered security hash groups.

The importance of hashrate

Hashrate is an important metric for assessing the power of the Blockchain network – more specifically its security. The more machines are spent by miners exploring the next block, the higher the hashrate and the harder it is for malicious agents to disrupt the network.

For example, a 51% attack is when an individual or group of attackers buys or rents enough mining equipment to control more than 50% of the blockchain’s hashrate. Because blockchain is unreliable and follows a rule known as the “longest chain rule,” a person or group that controls the majority of hashrates can, in theory, block or reorganize transactions and even reverse their own payments. This will create double-spend problems, which will completely undermine the integrity of the underlying blockchain.

Therefore, a reduced hashrate means a 51% reduction in the cost of carrying out an attack, making the network more vulnerable to attack.

In the Bitcoin network, Bitcoin’s Hashrate is the computing speed of the miner to solve the SHA-256 algorithm, it is also considered hash power, and the second hashper is a measure of the miner’s performance. It is the unit that represents the number of double SHA-256 calculations performed in a second.

In general, many people often agree that the decline of hashrate also proves that miners have left the network leading to a drop in BTC prices and vice versa.

As in the chart above, Hashrate has a lot of correlation with BTC, so some on-chain analysts often observe the rise and fall of Total Hashrate to guess the price trend of BTC.